School
Hello everybody, instead of the usual update written by my Dad, this is actually Joel writing to you! Question: when you guys finished with high school or college, did you ever feel like that was the end of your involvement with school? I have thought that I would feel that, but for the Edgren family, we can’t seem to get away from schooling and teaching. Maybe one day.

Joel at Moody
So, seeing as I am writing this update, I can tell you all that life at Moody Spokane is amazing! We’ve finished with our first semester, and everything has gone well. Most importantly though, I’ve made plenty of friends. My friends range anywhere from people I have had a few conversations with and enjoy having around to my closest friend, Jack, with whom I can just be goofy and not worry about anything. Like that running joke about starting a rebellion just for the fun of it. Prayers that the second semester would go equally as swimmingly are welcome.

The Newlyweds
We were overjoyed to add a new addition to the family when Shelby and David got married in August. Reportedly, David is more head over heels in love with and devoted to Shelby than ever. In addition, Shelby recently started her job as a nurse on the Mother Baby floor at Rush University Medical Center, which is where she graduated. 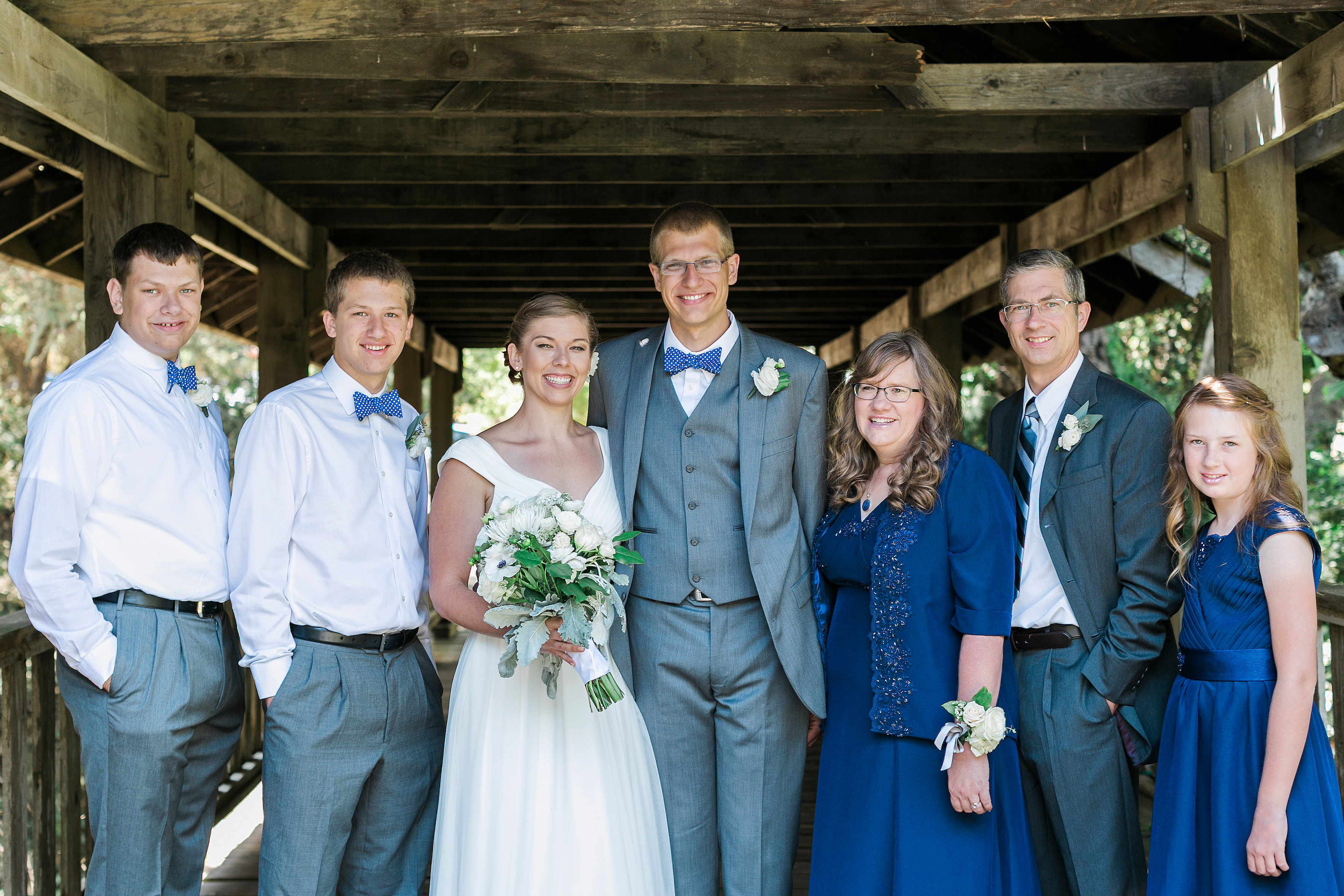 Teaching
My Dad got the chance a couple weeks ago, to go to Machala and teach the Pentateuch. Machala is a coastal city with a very warm friendly culture, and so it is always a pleasure for him when he gets to teach at that location. Not only that, but I personally know that the Pentateuch is his favourite topic to teach on, so it is no surprise that he enjoyed his time teaching quite a great deal. Machala is also near the border of Peru, so he was able to head to Peru and try some Peruvian food while he was in the area. We can pray that Dad’s students may continue to grow and that their future ministries will be blessed. 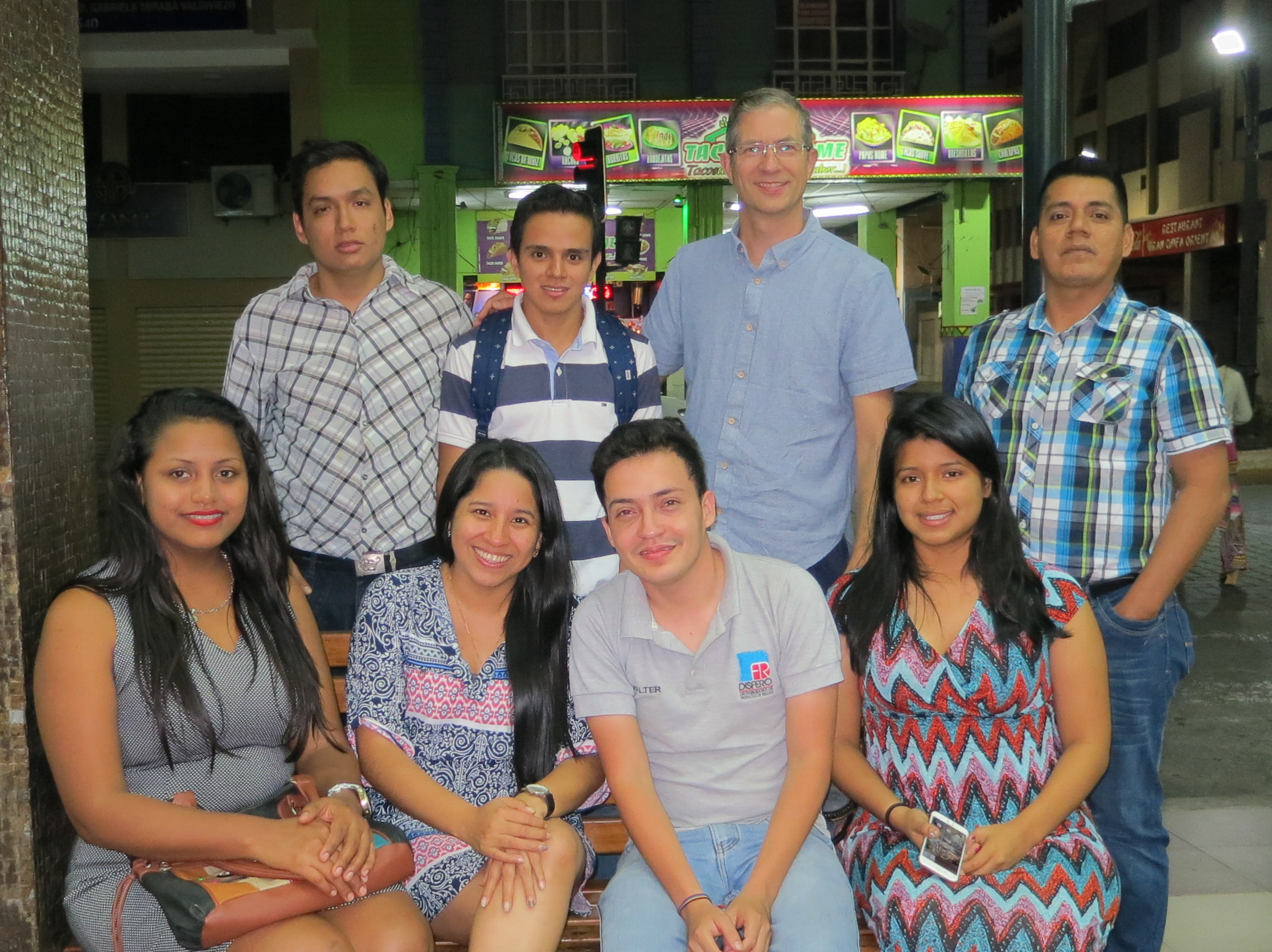 My Mom, on the other hand is still teaching. She is back to teaching Math and Science to 6th graders. This year, she has Lindsey in her class as well, but really, she loves all her students dearly. As we speak, this evening, she and Lindsey will be busy with their parts in the elementary Christmas program at Alliance.

Avant Latin America Conference
Avant Missionaries from Columbia, Ecuador, Brazil, Uruguay, Argentina, and Bolivia met last month in Quito. A highlight was the encouraging speaker who spoke at the conference. At the conference, they talked about different ministry strategies as well as administrative details with the home office.it was held in Quito so my parents were the only ones who did not have to travel far. We obviously aren’t the only missionaries here in Latin America, so it is important that we use this as a reminder to pray for other missionaries around Latin America.
Posted by skedgren at 6:50 PM No comments:

Greetings from Kansas! We are back in the US for the summer seeking to connect with supporters and share about the Lord's work in Ecuador. Kansas people get kind of tired of jokes related to the Wizard of Oz, so I think I'll just move on. If you were expecting some kind of wisecrack, you'll have to formulate it yourself. I've got a prize for the best one to arrive in our inbox!

Earthquake Update
Please continue to pray for the people of Ecuador's northwest coast who were affected by the major earthquake on April 16. More than 30,000 people have been displaced from their homes. One interesting article I read discussed some of the challenges they are facing: overcrowding in shelters, increased domestic violence, and health issues. Pray that the Ecuadorian church will know how to respond to the need. Pray also for the churches whose buildings have been flattened or with homeless members. Pray for comfort and protection as the number of aftershocks continues to rise over 2000.

Travel
The next few weeks will be very busy for us as we travel and meet with churches and individual supporters. We are in Kansas for most of July, with a few days in Omaha and a weekend in Oklahoma. In August we will return to Omaha and then begin a trip to the west coast for both ministry and family purposes.

Moody
We are excited that Joel will be attending Moody Bible Institute's Spokane campus this fall. One of the stops on our long road trip will be in Washington to help him settle in to his new environment there. Joel is currently looking for work in the Newton, Kansas area to help prepare for the upcoming year. Please pray for a short-term job that would be a good fit for him.

Wedding
The highlight of the summer will be adding a new daughter to the family! David will be marrying Shelby Patty on August 20th in California. They attended Wheaton College together and now Shelby is finishing up nursing school in Chicago in early August. From the first time we met Shelby, we were confident she was the perfect match for David. Their plans are to continue living in Chicago. 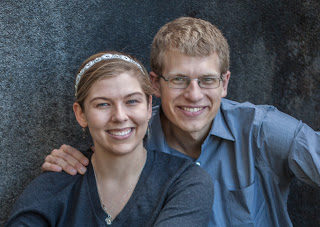 Translation
Luke is staying alone in our house in Quito right now. He is helping with translation for a couple of ministry teams and working with Alliance Academy's summer school program. 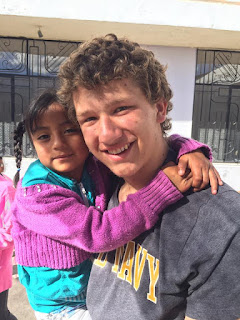 He is a capable young man and there are also several families close by who are willing to help him if he needs it. Nevertheless, we appreciate your prayers for him during these weeks. He'll be joining us here at the end of July.

Phil and Rea
Phil and Rea Holcomb are very close friends of ours who are making a change in their ministry focus in Ecuador. Phil will be joining the pastoral staff of our church in Quito, and they need to raise additional funds for their financial support. If you are looking for a very strategic way to invest in the Lord's work in Ecuador, I can assure you that this one is key. Click here to read more, or visit their webpage. Let us know if you would like more information. 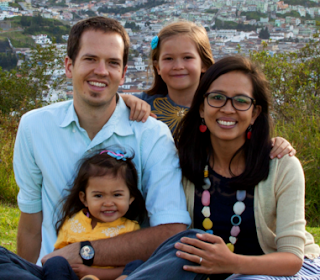 Teaching
We are passionate about our ministry in Ecuador, and that is no joke. Thank you for your part in making it possible! We're looking forward to sharing more about it with many of you!
Posted by skedgren at 6:28 AM No comments:

Posted by skedgren at 8:07 PM No comments:

Posted by skedgren at 8:04 PM No comments:

skedgren
Quito, Ecuador
We work with Avant Ministries doing leadership development in Ecuador. The Ecuadorian church is developing in maturity, but is lacking sufficiently prepared leaders. Our ministry is helping to provide theological education and encouraging Ecuadorian churches to help fulfill the Great Commission by sending missionaries to the rest of the world.